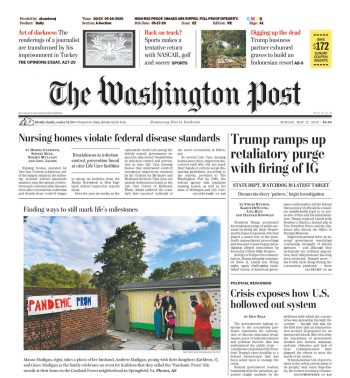 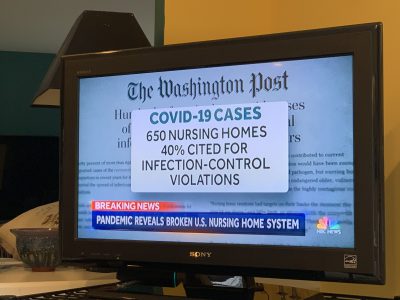 Students in the Medill Investigative Lab have been working with journalists at The Washington Post to tell the story of the coronavirus in America’s nursing homes. 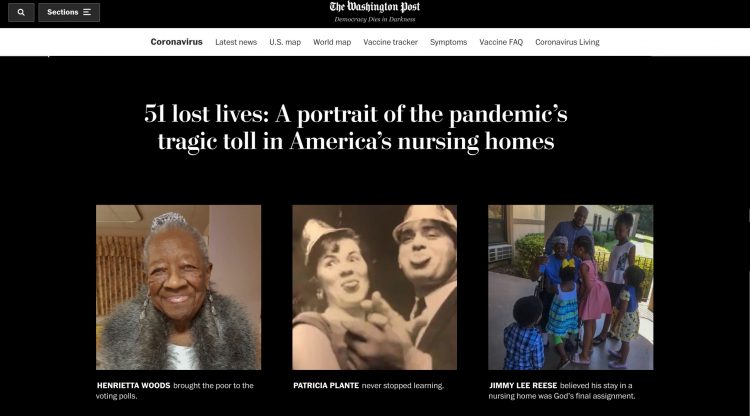 MIL students produced 51 profiles of nursing home residents who died during the coronavirus pandemic — one from every state and Washington, D.C. The stories were published in The Washington Post in December 2020. 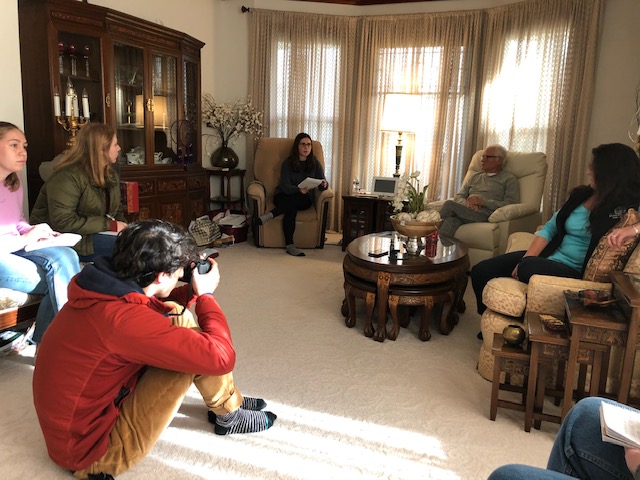 A team of student journalists from the Medill Investigative Lab interview a family in Indian Country devastated by opioid abuse. Students tracked the use and abuse of pain pills in the Pacific Northwest and efforts by Native American tribes to combat overdose deaths.

Our Mission: The Medill Investigative Lab probes power brokers and programs that promise to provide a safety net to tens of millions of vulnerable Americans. Through real-time, on-the-ground reporting in Chicago and beyond, students learn to think, research and write like an investigative reporter, producing groundbreaking social justice stories from the ground up.

Our Team: Undergraduate and graduate students at Medill apply to take part in the lab and spend two terms – one in Evanston or Chicago and one in Washington, D.C. — working side-by-side with veteran journalists on an investigation of national importance. Pulitzer Prize-winning investigative reporter Debbie Cenziper, a contributing writer at The Washington Post and director of investigative reporting at Medill, oversees the lab. An advisory board made up of some of the nation’s top journalists provide guidance.

Our Classes: The lab complements a lineup of undergraduate and graduate classes at Medill that include Introduction to Investigative Reporting, Local Reporting, Multi-Media Storytelling, Magazine Reporting and Data Journalism. Medill’s classes are taught by top professors who are experts in their fields. 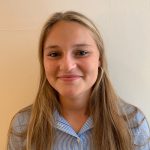 "Working on the project was truly the most valuable reporting experience I have ever had. I learned and grew more than I could ever have imagined, both as a journalist and as a person. I felt genuinely moved by many of the stories I was able to tell; some of them even impacted the ways I think about my own life. I will remember them for a long time."